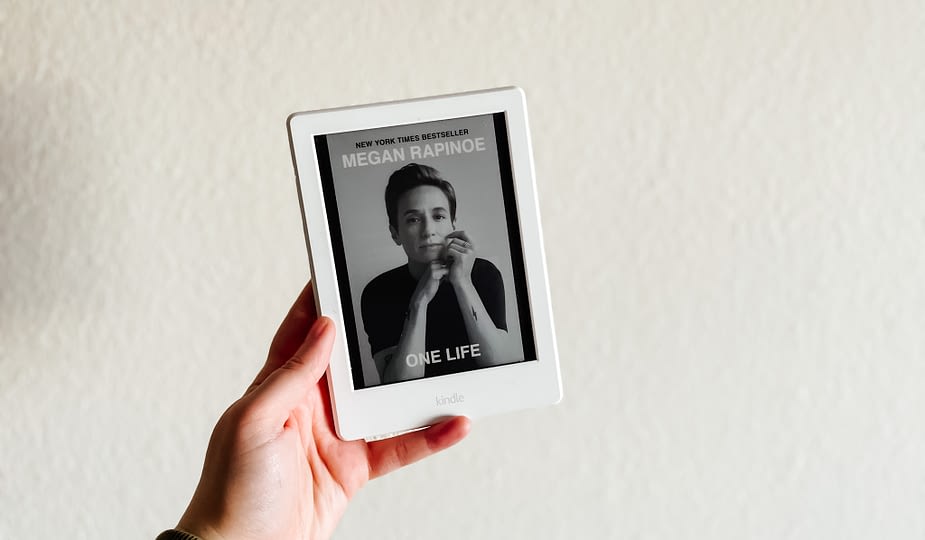 More than just a two-time Women’s World Cup Champion and Olympic gold medalist, Megan Rapinoe is an icon and ally to millions. She has become a force of social change, strongly advocating for racial justice, LGBTQ+ rights, and equal pay for women in a well-known legal battle with the US Soccer Federation. In this powerful memoir, Megan opens up about these issues, the sport she loves, and so much more.

Going into this book, I knew very little about Megan Rapinoe. While my family is full of soccer fans, I’ve never had a huge interest in the sport. I remember being in awe at the entire US women’s soccer team at the World Cup in 2019. Following that, I began to hear Megan Rapinoe’s name and heard about her strong activism for many social issues. Quickly, her name became one I deeply respected. When I saw she published a book, I knew it was one I’d need to read. This is a fantastic audiobook read by the author!

Rapinoe’s career has undoubtedly been full of success and excitement, becoming one of the most talented athletes in the world. I appreciated the detail into the events and hard work that got her to where she is today. This book is a memoir about Megan’s life, but I so appreciated the way she uses this book to share the topics she advocates for. She highlights the topics of institutional and systemic racism, drug addiction and incarceration, poverty, the power of a platform, and so much more. Megan opens up about the personal relationship her brother has with drug addiction and the impact it has on her family. I was so impressed with the transparency and felt that each topic was approached with tact and compassion.

Being a part of the LGBTQ+ community, Megan shares how the experience of publicly coming out shaped how she approached the decision to kneel for the national anthem. She explains that those in marginalized communities shouldn’t be the only ones speaking out about the issues they face, and she is absolutely correct. It prompted me to consider the ways in which I’m showing up for the marginalized and how I can do better.

After finishing this audiobook, I was left so impressed and inspired. She is worthy of all praise, yet remains so humble and dedicated to bettering the world by using the platform she’s created. It is incredibly well-written and well-informed. I highly recommend this audiobook!