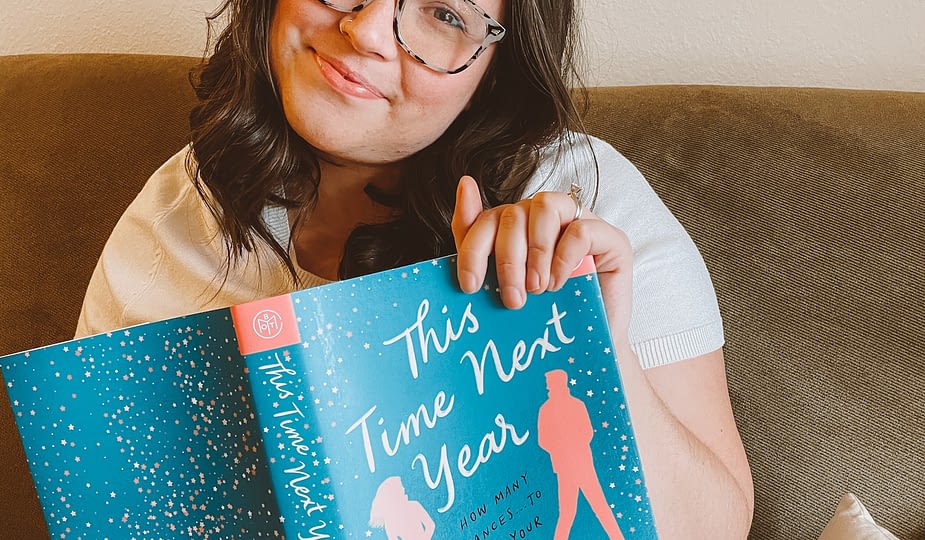 Minnie and Quinn’s ever-crossing paths finally collide at a New Year’s Eve party and it’s quite clear, the two could not have less in common. Apart from the strange coincidence of them being born in the same place at the same time on NYE, thirty years ago.

Quinn’s life is the stark opposite of Minnie’s; he is confident, privileged and ambitious, while she is a down to earth realist, who lacks confidence.

The two might’ve started the new year together, but that is surely where it ends … isn’t it? Minnie and Quinn continue colliding in frustrating interactions that always leave both wanting more. Could it be? Do opposites actually attract?

What a delightful read. This is the perfect book to read during that cozy downtime between Christmas and New Years Eve. I adored the quirky characters in this book. The side characters did not lack depth, and I actually felt connected to most of them. At times the dialogue felt awkward and bumpy, we had the occasional over-the-top, this would never happen-esque scene … and it worked!

There were so many side-stories, but what made this “more than a love story” for me was the growth of both Minnie and Minnie’s mother Connie. At the start of the story Minnie was insecure, and doubted every step she took, specifically in regards to her business. She intentionally took small steps to avoid failure. By the end, Minnie had not only grown professionally, she realized what she wanted and what she deserved and refused to hide it anymore. Connie did a full 180 for me. At the start of the book, I resented her for the way she insisted Minnie was “unlucky” or “jinxed.” But throughout the book as her character grows, you begin to realize she was just in pain and felt as though life never went in her favor. Like any realistic relationship, there was some misdirected resentment. By the end of the book, you could tell the process of healing had begun.

One thing about This Time Next Year that I didn’t love was the slow-burn of the love story between Minnie and Quinn. I don’t oppose a slow-burn but this was a little too slow. They took the majority of the book to finally come together, but once they did it was all worth it.

Ultimately, there are things about this book that were odd (Greg’s obsession with Jennifer Aniston, Ian’s proposal to Leila, and the clock collection …?) But overall, it’s worth the read. If you are looking for a sweet love story, with a little more to it to get your mind off of the trials of 2020, read This Time Next Year!

If there was a song made for the storyline of this book, it would be Invisible String by Taylor Swift! I couldn’t stop thinking of the lyrics while reading.