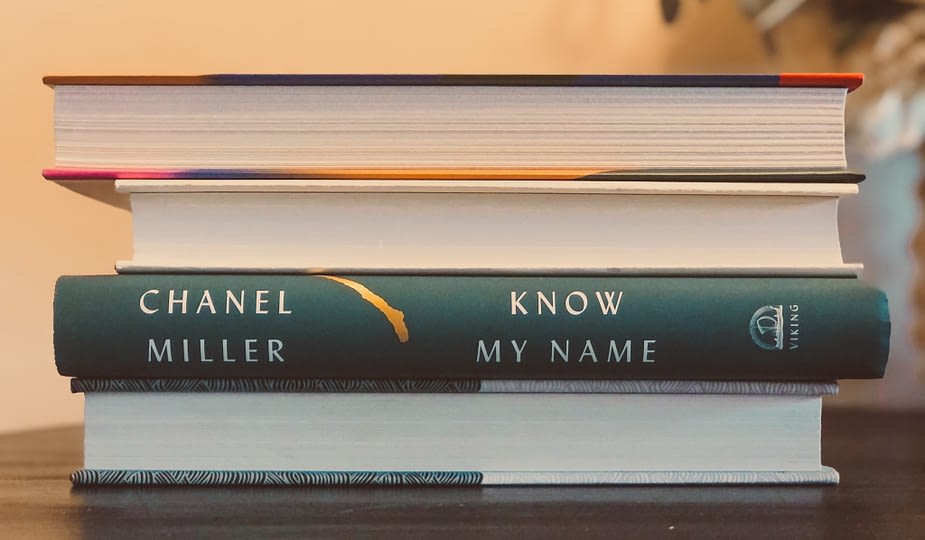 Chanel Miller. What if the entire world knew of the most horrific incident in your life without even knowing your name? This is the lived reality of Chanel, formerly known as Emily Doe, survivor of the Brock Turner sexual assault case.

In this powerful memoir, Chanel tells her story and the earth shattering impacts it has on her and many other females in the country. She details moments of the high-profile case that so many of us heard about and watched from the sidelines.

I will never forget hearing about this case. I was a sophomore or junior in college and I remember thinking, “This could’ve been me. This could be one of my friends.” The most striking moment for me was when the sentencing of Brock Turner was made public.

“A prison sentence would have a severe impact on him…” said Judge Aaron Persky before sentencing Turner to only 6 months in jail, a sentence to which only 3 months was served. Devastatingly, Persky did not consider the severe impact the actions Turner had on his victim. Of the sentencing and Judge Persky’s comments, Chanel said, “We force her to think hard about what this will mean for his life, even though he never considered what his actions would do to her.” I just remember being so angry that justice was not served. I recall reading Emily Doe’s victim impact statement and just being so pissed off that the world consistently made excuses for men and held innocent women to absurd standards.

In this series of events, so much was taken from Chanel. Of course the assault took from Chanel, but everything that followed, so much more was taken, including her identity. Know My Name tells the parts of the story we never saw in the news. It details the intimate moments of the case. It shares Chanel in a vulnerable state. Most importantly, it shows her reclaiming herself and building back up again. In this book, she not only displays such remarkable bravery, she is a wonderful writer. Her words hold so much power and they really put you into what she was feeling throughout each step of this horrible process she endured.

Without a doubt, it is the most stunning and powerful book I’ve ever read. Truly I believe, if you have heard her story you must read this book. 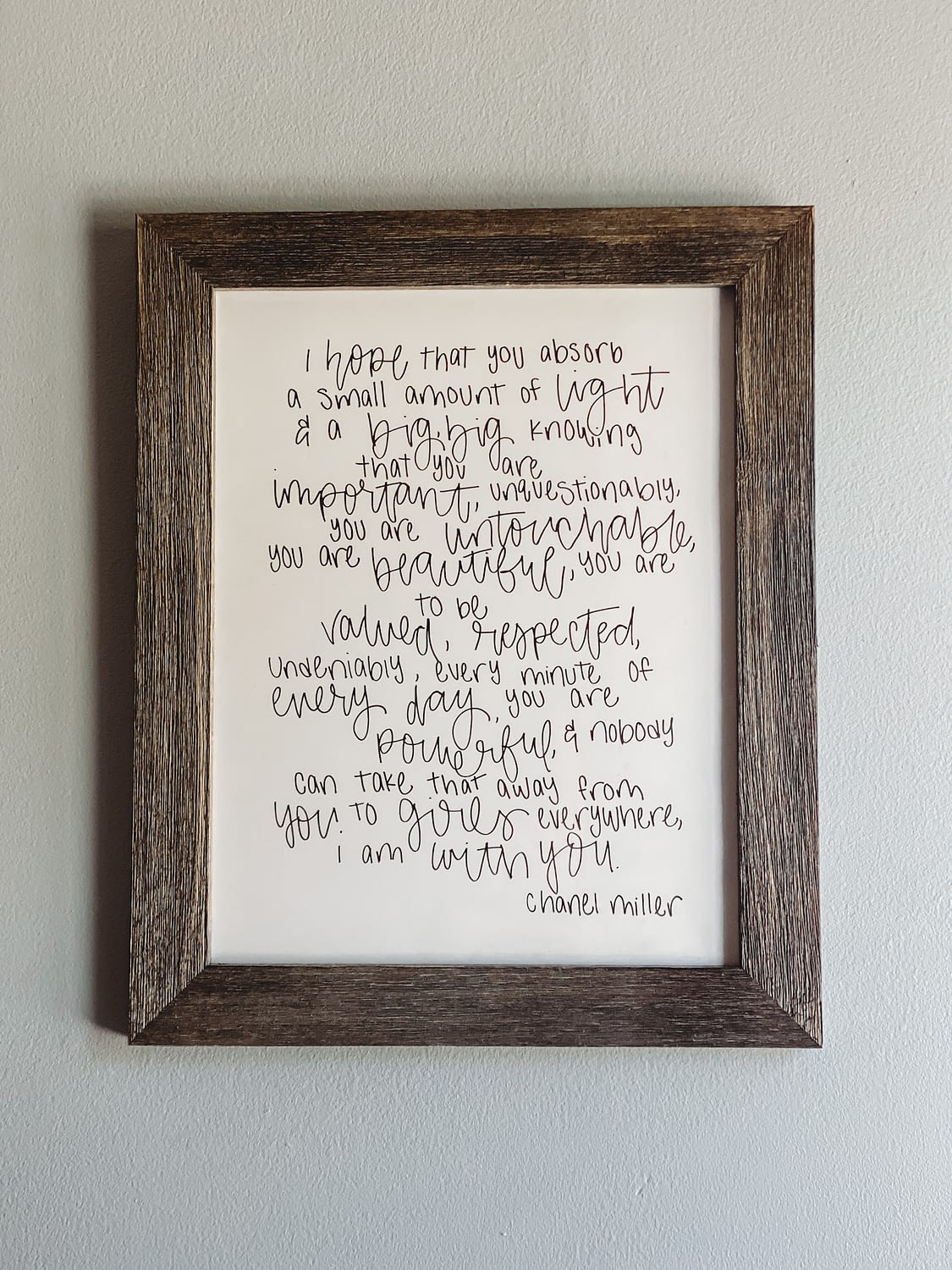 My sister had this beautiful quote handwritten from Know My Name and it’s hanging in her daughters room to remind her that her body is fully her own; she is worthy of respect, and she will always be believed and supported.