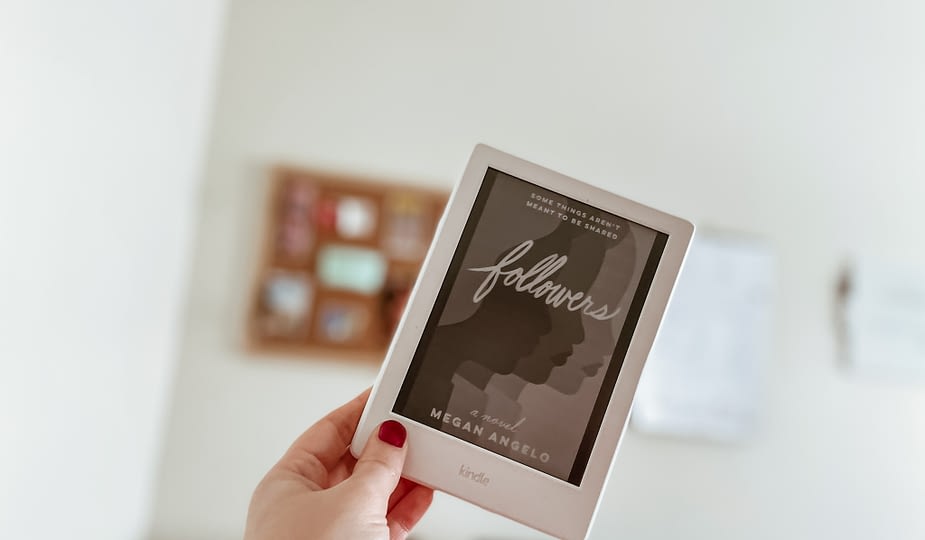 Orla Cadden is a budding novelist stuck in a dead-end job, writing clickbait about movie-star hookups and influencer yoga moves. Then Orla meets Floss ― a striving wannabe A-lister ― who comes up with a plan for launching them both into the high-profile lives they dream about. So what if Orla and Floss’s methods are a little shady and sometimes people get hurt? Their legions of followers can’t be wrong.

Thirty-five years later, in a closed California village where government-appointed celebrities live every moment of the day on camera, a woman named Marlow discovers a shattering secret about her past. Despite her massive popularity ― twelve million loyal followers ― Marlow dreams of fleeing the corporate sponsors who would do anything to keep her on-screen. When she learns that her whole family history is based on a lie, Marlow finally summons the courage to run in search of the truth, no matter the risks.

Followers trace the paths of Orla, Floss and Marlow as they wind through time toward each other, and toward a cataclysmic event that sends America into lasting upheaval. At turns wry and tender, bleak and hopeful, this darkly funny story reminds us that even if we obsess over famous people we’ll never meet, what we really crave is genuine human connection.

Wow, I really enjoyed the wild ride and the shifting timelines of this book. Followers is kind of like an episode of Gossip Girl meets an episode of Black Mirror. I know, I know that is quite possibly the strangest description for a book, but I found it to be very accurate. Striving for attention and fame, immaturity to get what you want; all very Gossip Girl. And then as we dive thirty years into the future, strange things are happening. Not strange enough for you to notice or be a problem right away, but it builds into catastrophe; very much like Black Mirror.

Sci-Fi is not a genre I usually pick up and enjoy, however this is kind of soft sci-fi. The duel timeline has us in 2015 and 2051, and it’s essentially a current day warning. In 2015, Orla begins to help Floss become an ‘influencer’ in desperate need of attention. The pair creates a character and Floss molds herself to fit this pesona.

And in 2051, we are immersed in the world after “The Spill” – a catastrophic data breach that has changed the entire framework of society. However, the desperation for fame is more prevalent than ever. A star-studded village called Constellation is a government run television program that has their eyes on these celebrities at all times.

Followers opens readers’ eyes to the possible negative outcomes of being social media and celebrity obsessed. And my gosh, it was brilliant. Megan Angelo is a phenomenal author and the book is such a unique concept. I felt really pulled into this book almost immediately and was hooked until I was able to put all the pieces together at the end. Without giving anything away, I did love how these two timelines tied together at the conclusion. Overall, this book was a great read; I highly recommend.