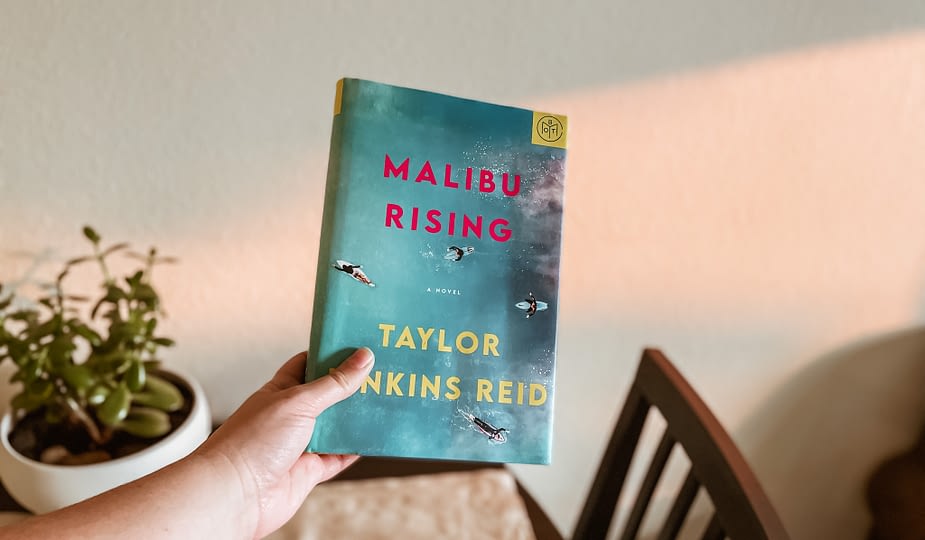 Malibu 1983. Nina Riva’s annual end-of-summer party is here once again, and every attendee has wild expectations for the night. Everyone wants to be around the famous Rivas: Nina, surfer, and supermodel; Jay and Hud, one a championship surfer and the other an established photographer; and Kit, the youngest, just starting to pave her way. The only person dreading the party is the host—Nina, who never wanted to be the center of attention.

By midnight, the party has grown completely out of control and when morning comes, the Riva mansion will have gone up in flames. But before that, the party will rage as you piece together exactly what happens.

Taylor Jenkins Reid is a masterful storyteller. Malibu Rising is one of three books I’ve read by her and I’m just as awestruck as I was with the other two. Malibu Rising can be a bit confusing to piece together, as there are several characters, and it jumps around a bit. But once you learn names, it comes together beautifully.

Let me introduce you to the Riva Family:

Mick Riva: The father, an unfaithful husband, and a famous Rockstar. Hardly more than a sperm donor, as he spends most of his life choosing sex and fame over being a father to his many children.

June Riva: The mother, a dedicated and hardworking woman who just wants happiness and health for her children.

Nina Riva: The oldest daughter, a supermodel. She spends her life making sacrifices to make her sibling’s lives more comfortable, not once thinking about herself.

Hud Riva: Surfer photographer, keeping a big secret from his brother—one that could sever their close relationship indefinitely.

Jay Riva: A well-known surfer with a secret of his own…

Kit Riva: The youngest daughter on a path of self-discovery.

June and the Riva siblings are amazing characters and I loved each of them; I don’t think I could pick a favorite! Each one of them goes through fantastic character development that just makes you love them more. While Mick is pretty much as despicable as you’d expect a cheating rockstar to be, you even witness his character grow.

The cover of the book is stunning—and while it looks like a breezy summer read, it carries a bit more weight than that! I love the bright blue colors of the ocean contrasted with the hot pink and yellow of the text. It’s one of my favorite covers.

Overall, Malibu Rising is remarkably sad, yet so captivating you won’t want to put it down. I rated this book 5-stars and highly recommend it, especially for those that already love Taylor Jenkins Reid.

No spoilers, but I absolutely love how Mick Riva has a cameo in The Seven Husbands of Evelyn Hugo, another popular book by TJR! It makes me wonder if she wrote that book and then decided Mick needed his own backstory…