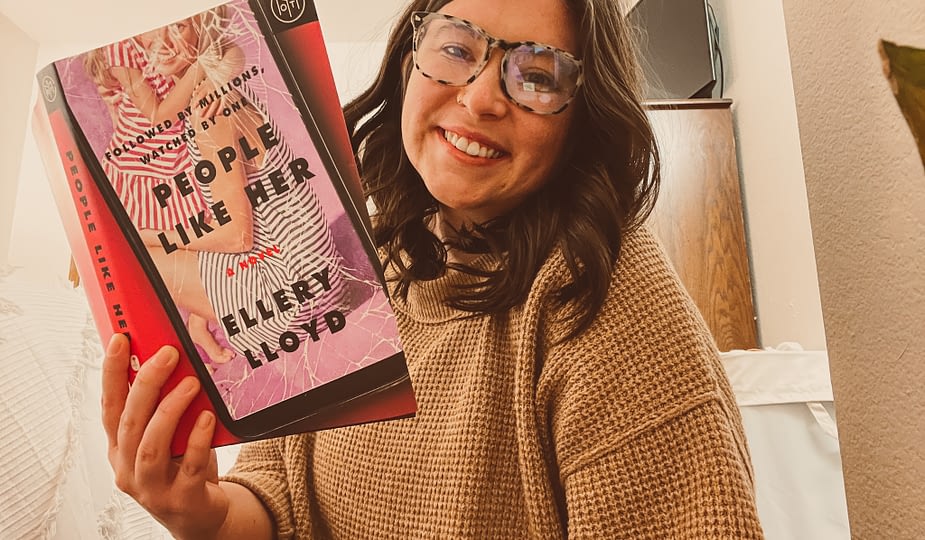 The wife. The husband. The stalker.

The wife. Emmy Jackson is @ the_mamabare on Instagram and has thousands upon thousands of adoring fans. She’s a transparent “instamum” who’s feed is full of relatable content.

The husband. Dan Jackson is a resentful novelist, struggling to figure out where his career goes next when his wife is profiting off the “truth.” He begins to question everything, her publicity stunts that seem to exploit their children, her lack of privacy, and eventually their marriage.

The stalker. Emmy is abundantly successful with followers who worship her … and she is worthy of none of it. Wounded by a tragic story of their own, the stalker vows to make Emmy pay for what she has done.

Dan and Emmy’s martial issues begin as her career begins to have serious implications on the safety of their family. But Emmy isn’t willing to give up Mamabare; continuing to share their lives could have deadly implications.

This book is certainly captivating and draws you in. But then it just kind of holds onto you as it slowly, slowly builds to what eventually is the climatic action. I felt a split timeline might’ve more effectively told the story to show how the 3 POVs got to this point.

I didn’t really like any of the characters in this book, which I believe is how it is meant to be. Besides the evil nature of the stalker, Emmy is the worst. She dismisses her husband’s concerns, and doesn’t seem to support him. She consults her manager Irene and takes her opinion into more consideration than Dan’s. Emmy exploits her children for popularity and profit. At one point, Emmy hurts her long-time friend so badly, the character became unforgivable to me.

Dan is more supportive of Emmy than vice versa, but by the end of the book I have serious questions about his character as well. It seems to me him and Emmy aren’t all that different after all.

Hear me out on this, the person I felt most sympathy for was the stalker. Their tragic backstory broke my heart and I desperately wanted to see healing and justice for them.

Ultimately, I gave this book three stars because I did feel intrigued and interested in figuring out how this story ended. I felt the book brought up important questions about sharing information online, as well. While I didn’t love the characters, I found it to be a unique and interesting mystery/suspense novel.