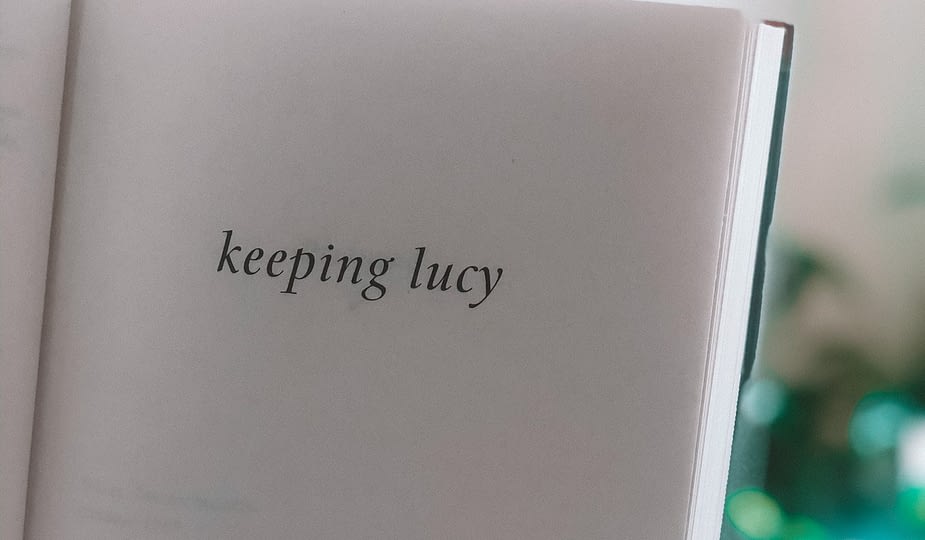 Set in 1969, Ginny Richardson’s world turned upside down when her newborn child Lucy, born with Down Syndrome was taken from her. Pressured by his powerful family, Ginny’s husband Ab sent Lucy away to Willowridge, a school for the “feeble-minded.”

Two years later, after empty promises to see her daughter, Ginny finally gathers the courage to visit herself, after finding out the true horrors of Willowridge and the way children are treated.

Ginny, a typical housewife, must now courageously face the world and save her daughter from this horrific reality. She leaves Ab and ventures far away from this awful school and Ab’s powerful family.

Keeping Lucy by T. Greenwood will break your heart, disgust you and make you angry. But parts of it will also put a smile on your face and perfectly describe the unbreakable bond between mother and child. The reason I picked up this book is because my book club decided (long before quarantine) this would be our April selection. Our *virtual* meeting isn’t for another week, but all of us have already begun to discuss the ways in which the book tugged at our emotions. I’m so eager to hear their thoughts on this magnificent selection. (Thanks Brie York!)

This story begins in 1969, when Ginny and Abott (Ab) bring their second child into the world. She looks into the sweet face of Lucy Richardson only briefly, before the child is yanked away by a doctor. He explained she was a “mongoloid” and her life wouldn’t be long and certainly wouldn’t be valuable. Though distraught, Ginny has no choice but to accept the decision of Ab, strongly influenced by his powerful parents, to send their child away to a state-school called Willowridge. He promises his wife they will visit after 30 days have passed.

On the 29th day, Ginny began to prepare for the visit. Ab then revealed it was best if they never saw her again and mourned her life as a loss. Continually, Ginny struggled with this and felt it was the wrong thing to do, but what choice did she have? As the book continues, the power struggles of Ab’s family and the lack of choice as a woman in the early 70s are revealed.

Ginny’s heart is absolutely shattered two years later when she discovers that Willowridge, the school her daughter has been at, is in the midst of an investigation for mistreating children. Shockingly, her husband knew about this mistreatment claim, and the firm he was a lawyer at intended to represent the school in court!

After a visit to the school, where Ginny is permitted to take her daughter for a long weekend, she sees the reality of the life her daughter had been forced to live during those two years at Willowridge. She and her friend Marsha know they have no choice but to take Lucy and run away. If Ginny returns home, she will be forced by Ab and his family to return their daughter to Willowridge. If she runs away, the school could send law enforcement after her.

Ginny watched everything in him soften, the hard plane of his shoulders, the severe furrow of his brow. All of it, melted. Like cold, hard butter left in the sun. This was the effect Lucy had, Ginny thought. She softened people. She took away their sharp edges. She made people, Ginny included, better.

This twisted mess of a story will capture you and draw you in. After reading Keeping Lucy, I immediately added other books by T. Greenwood to my “to read” list. Her writing style is so easy to read and the stories immediately capture you. Be sure to add this one to your list and give me a suggestion of what to add to my 2020 Reading list!